Until when is the prix fixe menu served?
Participating restaurants MUST offer the $25/$35/$42 three-course prix fixe to go all night, every night they are open from Sunday to Sunday, except Saturday when certain restaurants may only offer it until 7 p.m. Restaurants offering the $20 two course lunch prix fixe must offer it every day they are open during Restaurant Week during lunch hours.

How can I find out which restaurants are open on a certain day?
You must call that particular restaurant.

Are tips included in the $20/$25/$35/$42 price?
Gratuity is not included but a 20% tip is recommended for friendly waitstaff that work hard throughout the week for this event.

Why do some restaurants offer additional items with supplemental charges and others do not?
Participating restaurants MUST offer the $20 two course lunch and/or $25/$35/$42 three- course dinner prix fixe that includes at least three choices of each course — three appetizers, three entré, three desserts. It is their choice to offer additional items to the special menu that are higher priced but there must be at least three non- supplemented choices on the menu.

Why should I participate?
Long Island Restaurant Week continues to attain impressive numbers each year. Total restaurant revenue was estimated to be $5,620,000 with New York State taking in an estimated $305,996 in tax dollars. Due to the amount of attention from the media, the official website, www.longislandrestaurantweek.com, received 1.6 million hits from over 111,500 visitors. Many restaurants reported an increase in sales and reservations due to the promotion, some by up to 200% and others decided to extend the promotion.

How do I sign my restaurant up to participate in LIRW?
Click the business sign up icon on Long Island Restaurant Week website and fill out the quick form, including payment by credit card.

Do I have to pay a fee twice if I have 2 restaurants with the same name in different locations?
Yes. Each restaurant will be listed individually and included in all press material as a separate restaurant. To be fair, you must pay the $449.95 fee for each entity. There are no 2 for 1 deals, even if restaurants operate under the same name.

When will my business be included on the website?
The LIRW website is updated regularly. Your business will be listed within a few days after you sign up.

Can I include the LIRW logo on my website and in my ads?
As LIRW approaches, all participants will receive the official LIRW logo to display on their websites and ads via email. You may also email marketing@longislandrestaurantweek.com to receive the logo.

I just filled out the participation form and paid the fee, how can I get a receipt?
Email marketing@longislandrestaurantweek.com to receive a receipt for your participation.

I am a participating restaurant, what do I do now that I have signed on?
Participating restaurants MUST offer the $20 two course lunch prix fixe or $25/$35/$42 three-course dinner prix fixe all night every night they are open (or during lunch hours every day they are open) from Sunday to Sunday, except Saturday when it only has to be offered until 7 p.m. Please follow this schedule. The three-course prix fixe MUST include at least three choices for each course — three appetizers, three entrees, three desserts. The two course lunch prix fixe MUST include at least three choice for each course – either three appetizers and three entrees or three entrees and three desserts. If you would like to add additional items to your prix fixe menu that are higher priced, you may add them with a supplemental charge. This is provided that there are still at least THREE non-supplemented choices on the menu. You may also offer your existing menu.

Can I also offer the prix fixe menu for dine in?
Yes! Since this version of restaurant week is devoted to take out, we only require that participating restaurants offer the special prix fixe menu to go. However if you are offering dine in services and would like to offer it to customers who dine in your restaurant you are more than welcome to. 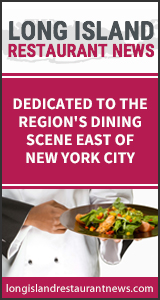 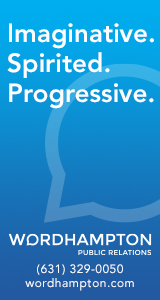 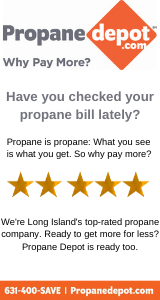